More and more, I run across videos on youtube such as this:

There is an entire movement in Christianity today that is encouraging women to wear head coverings. They look at what Paul said in Corinthians 11:13-15 where it states the following:

As so from reading this passage, one would conclude, wrongly so, that Paul is requiring women to wear a covering. A lot of people have advocated that if you’re a Christian, this is part of obedience as being a Christian. On their website, a woman discussed her journey which led her embrace head coverings:

I did not grow up as a Christian and gave my life to the Lord by simply reading the Bible. Since it was all new to me, I read the passage in 1 Corinthians 11 without a bias and to me there was no question that I had to cover. However, I often felt ashamed because I was the only one and felt like I had to explain myself when I wasn’t strong enough in my argumentation to defend it. Later I became friends with a young lady who covered and she strongly encouraged me to do so as well. She also pointed me to the Head Covering Movement website which equipped me to argue my point with others while being Biblically sound and grounded in Scripture.

Another woman said a huge motivation as to why she wanted to wear head coverings was so she could teach her daughters the gospel more clearly (whatever that meant she didn’t elaborate). Some say they felt an inner peace or assurance from their pastors who teach this that they made the faithful decision and are in obedience to the gospels.

And with all due respect, they’re wrong

Obviously, I would advocate a different interpretation of what the Apostle Paul meant in 1 Corinthians 11. This interpretation is probably one the more strangest arguments I have ever heard, but when you see it explained, it makes absolute sense.

Now before you send me an angry email or direct message, please read the blog and the article I’ll be posting along this page. I don’t care what Wayne Grudem’s Systematic says or what interpretation some anointed pastor thinks God laid on his heart. You actually need to consult the overall context of this text AND the cultural understanding of the historical time period. It’s not enough to impose our thinking onto the scripture because (believe it or not) the Bible was written to a Hebraic-Greek speaking audience. The Bible is written by authors who used cultural and linguistic constructs to convey deeper truths about who God is and His will to their audiences. If we do not understand that, we will miss out the nuances of scripture God is communicating to us or worse we will be enslaved to what sounds right. The head covering debacle is a perfect example of this.

The first time I heard of this interpretation was when I was listening to Dr. Michael Hesier’s podcast The Naked Bible. He mentioned an article over this interpretation and I decided to read it. The article is by scholar Troy Martin and you get acquainted fully with the content here (Thank you Dr. Heiser for making this available to a general audience!) .

Dr. Martin argues the main reason why we misinterpret 1 Corinthians 11 is because Paul was instructing the church of Corinth in sexual modesty by using the cutting edge of medical science of their day. The Greek word for covering is “peribolaion.” Now peribolaion has wide range of meanings. It more so was specifically used in a passage from Euripides where it has Hercules complaining , “After I received my bags of flesh, which are the outward sign of puberty, I received labors about which I shall undertake to say what is necessary.” In this passage, peribolaia is used for “testicles.” Paul uses this word in the same way. What they thought was hair was scientifically considered an erotic organ. The ancient world think that female hair is literally an extension of genitalia. We have medical texts which explicitly explain the mechanics of this (Martin cites from the Greek physician Hippocrates). The nature of women was to “draw up” semen, and as such should have long hair to increase this “vacuum” effect, increasing the odds of fertility.

Now we know today with our knowledge of modern medical science that this is demonstrably false. However, one can sympathize with this since this was the extent of their knowledge of reproductive organs and medical science. Yet this perfectly explains why in the passage in 1 Corinthians 11:4 long hair was considered disgraceful to a man in the ancient Greek world. Paul clearly taught that men should not have long hair, in line with Greco-Roman thought on the function of hair and reproductive science.

But that begs the question: why in the world would God allow Paul to use bad science?

Because God is allowing Paul to use the current knowledge of the day, no matter how imperfect, to teach a deeper truth. Corinth made an episode of Game of Thrones look like an episode of Blue clues or Mr. Rogers–to say it was a hyper-sexualize culture wouldn’t do it justice. You had a church exposing what all their neighbors think are genitalia in the name of the Holy Spirit.When Paul says, “Is it proper for a woman to pray to God with her head uncovered?” the answer would be of course not. Paul essentially is asking how lude could you possibly be thinking? It’s very natural for Paul to be the Corinthians, “look, if you can’t figure this out, if you can’t judge for yourselves whether this is proper or not, for a woman to leave her hair uncovered, to display her genitalia when praying, then you got a problem.”

A nice summary of 1 & 2 Corinthians

There’s way more that ties into Paul’s theology of 1 Corinthians 11, but I am going to stop there (You can read more about this material or listen it on Dr. Heiser’s website.)

The big take away’s from this is that Christians need to start taking their Bible more seriously. Otherwise, we get distorted images of what walking in obedience to Christ looks like and quite honestly what the gospel looks like. Inherently, there is nothing wrong with wearing a head covering, however; to say it’s biblical mandate and to require other believers to do so is baseless.

5 thoughts on “Why 1 Corinthians 11 is Talking About Covering Your Genitals, Not Your Head” 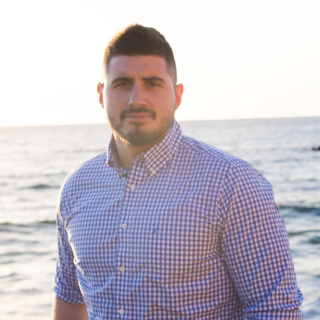 My name is Brendan. I am 30 years old. I love people and I love God. I enjoy weight training and quoting the movie "Anchorman" at least three times a day. I went to Eastern Oregon University where I played college football for four years where I studied history and religious studies. Currently I am studying my Masters in secondary education at Grand Canyon University. I am also studying theology at Western Seminary in Seattle. I plan on eventually getting my Masters in Biblical Theology. I am aspiring to go into pastoral ministry to teach and preach. I love reading, lifting weights, hanging out with friends and, in typical Lutheran fashion, drinking beer while talking theology.